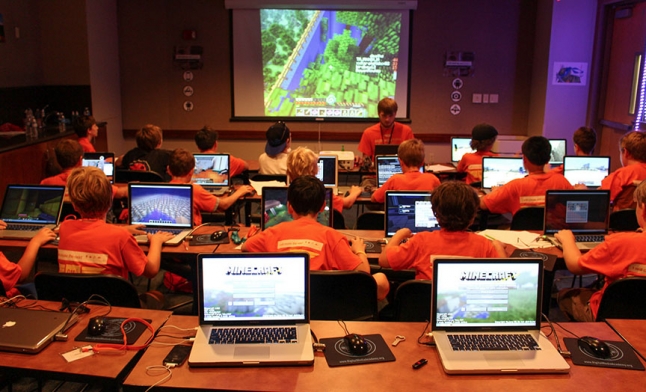 Summer camp enrollment in 2015 has soared. Every year, approximately 11 million children and adults attend a camp of this type in the United States. This number is continuing to grow as American parents are gradually seeing more of summer camp's positive effect on their children's self-esteem and social skills. There are two specific types of specialty camps that have retained their popularity or increased it in 2015: technology camps and athletic camps. The technology summer camp is currently the most explosively popular type of specialty camp. A nationwide review of summer camp trends in 2015 could be useful for professionals with an interest in the industry.

There are thousands of summer camps in America, and more than half of them are residential camps. The specialty camp is one pervasive trend that's still having an impact in 2015. Specialty camps tend to focus on cultivating an interest or skill that the child has exhibited. Athletic camps, technology camps and drama camps are some of the most prevalent specialty summer camps. Camp professionals focus on one of the child's interests, and they attempt to build it into a long-lasting passion. Parents always have the final say in which camp their children will attend, and specialty camps are often on the top of the list due to their focus on both fun and self-improvement.

As gadgets rapidly become integral with our daily lives, more children are growing curious about how such products are made. That's where the technology camp comes in. There are multiple types of technology camps that focus on different facets of technology such as robotics, programming, animation and digital media. A child who wants to know how an animated movie was made or how to design a website might do well at this type of camp, and since technology is surrounding all American children, there are more and more kids interested in high-tech activities every day.

Sports camps have retained their popularity throughout the United States. If a child is gifted in sports, then parents want this talent to grow until the child has reached his or her highest potential. Additionally, these athletic summer camps are often held at educational institutions, which is a fact that comforts the parents and fascinates the children. From soccer and softball to baseball and basketball, there are many types of sports camps that still enroll thousands of children annually.

Parents want summer camps that are more than just fun; they look for summer camps that can promote teamwork, ignite a child's interests and form new friendships. Most importantly, parents want their children to feel good about themselves when they return from their camp experience. Keeping this in mind, it comes to no surprise that the following trends have formed for 2015's summer camp industry.

More than 80 percent of ACA-accredited camps utilize at least one website or social networking platform to communicate with potential campers and parents. This surge in technology is due to the general increase in social networking. People are always plugged in, and the search for a summer camp is no exception. Camps that have a larger online presence have a greater chance of being found and can communicate their plans and schedules more efficiently with parents. Parents are more likely to feel comfortable sending their kids to camps with a solid itinerary that can be viewed online.

As for what's coming up in 2016, a few well-formed predictions can be made. First, technology camps will only grow bigger as United States culture continues to revolve around the Internet and social media. Second, more summer camps will move their registration process to an online form if they haven't already. Lastly, summer camps as a whole will probably do more to improve their website and overall image as online reviews keep coming to judge their itineraries and inform other parents of any issues. Overall, many summer camps may still be outdoors, but we are all moving into a technological age.

We provide Basic & Featured camp listings on our site. Add a Camp Now >

All content materials in this section and on our site are the property of CampsUSA.org. The materials are protected by United States and international copyright laws. You are free to share our articles, but without our written authorization, you may not reproduce, modify, distribute or republish materials contained herein.